By
Peter Donnelly
on 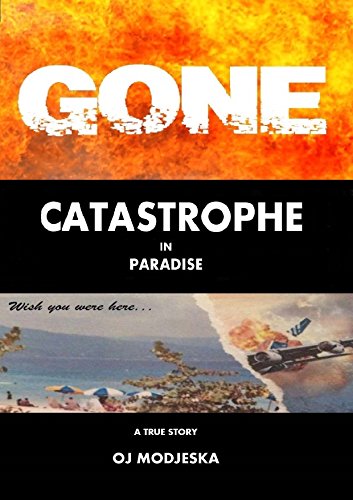 A mass of European and American tourists descend on an idyllic tropical island for the holiday of a lifetime. Within hours, hundreds are dead. What happened? The true story of one of history's most tragic and shocking disasters...in which aviation, terrorism, a sudden change in the weather and plain old bad luck made for a ruinous mix. This gripping novella length work unravels the mind-boggling facts of this catastrophe as a compelling, action-packed and haunting tale of the human condition that will have you turning the pages to the very end.

“Forty years ago, on the afternoon of 27 March 1977, a mass of American and European tourists descended on a tropical paradise for the holiday of a lifetime. Within hours, hundreds were dead.”

As they say, the truth is stranger than fiction. The chain of events and incidents that conspired to constitute the worst accidental aviator disaster in history is bewildering, catastrophic and so incredibly heart-breaking. That does not include the 9/11 New York terrorist attacks on the Twin Towers, which is deemed a deliberate planned act of terrorism. Of course, we can’t get too far away from terrorism even in this story, as it has its roots in a terrorist attack on Las Palmas de Gran Canaria, which led to all flights being rerouted to land in Los Rodeos airport on Tenerife. The events that unfolded comprise a Pan American 747 and a KLM 747 each full of passengers, and the KLM aircraft with full tanks of fuel.

Obelia Modjeska skilfully presents an unbiased and well researched step-by-step account of the Tenerife aircraft collision that cost the lives of 583 people. She offers insights and considerations from multiple sides, regularly approaching an event from the different perspectives of the crew of each aircraft and traffic control. I found the story really gripping and the flowing style kept me captivated throughout the whole book. You can’t afford to miss a single point as it all adds to the incredible catalogue of mishaps, decisions and even nature’s contribution that created the perfect storm. The authorities and airline companies may have eventually come to a conclusion on responsibility, but the human factors and the motivations of the aeroplane captains and crews expose the various competing forces and consequences everyone had in balancing the decisions they made.

With so many factors involved, it just feels doomed that a single change could have averted the disaster. For example, if the fog had not engulfed the airport restricting visibility to 500m, had the KLM aircraft not decided to refuel holding everyone else back, had the link paths between the runway and taxiway not been at impossible turning angles for a Boeing 747, had the air-traffic controllers not been at the end of long shifts, had their accent not been so difficult to understand, and most incredulous had communication technology not nullified messages transmitted at the same moment in time, known as a heterodyne.

I would like to thank Obelia Modjeska for providing me with a copy of her book in return for an honest review.